This article will not gain major additions until Hard Mode is unlocked. Corrections, information and suggestions for the article are welcome.

After countless delays Arcarum has finally arrived, this post will give you the information we know so far on tackling Arcarum content and what to expect.

In order to gain access to Arcarum int he first place you’ll first have to clear the introductory Free Quest: “Inchoate World”. In this free quest You will be challenged by The World.

The World has 6 million HP and will start the battle by casting a 3-turn Wormhole on you, this will give you a random debuff after the Wormhole expires. It also has 3 major plain damage triggers at 75%, 50% and 25%. It is recommended to bring a form of healing to counter his 50% HP trigger that will deal 50% of your max HP.

After defeating this adversary you will be granted access to Arcarum, you can access it through the new island in the top left corner of Phantagrande or the banner above the casino banner on your home page.

The Journey to Sephira Plains

After a short and rather incomplete tutorial you will be let loose to pick one of three paths to take towards Sephira Plains:

Which route you pick will weigh various drops towards what you need for the featured summons, pick the one that features the summon you are most interested in for a chance to attain that summon first. You have to see all three points to the end to unlock Hard mode anyway.

Arcarum’s gameplay is rather simple: Every day you will get 1 Arcarum Badge, this will let you enter a map with nodes and get an objective, once you clear the objective you can move on to the next map. There are 3 maps per stage before you are forced to quit your expedition. Each expedition starts you with 100 TP, one TP is expended for every new node explored and turn taken in battles, retreating from a battle will cost you 10 TP in Normal Mode.

Wiping in any battle will kick you out of the stage and consume your ticket, the only way to circumvent this is by buying a Mighty Cure-All (max 1 per expedition).

Objectives you are given can vary from:

It is recommended that you fully explore all nodes on the map for the entirety of Normal mode as you have plenty of TP to spare.

On Stage 3-3 and 6-3 you will encounter a Discarded Puppet, this is a boss with 3.3 million HP that will drop more valuable materials. On Stage 9-3 you will encounter an Arcana boss, this can be any of the featured Arcana with a small chance of Death and The Star popping up anywhere, defeating an Arcana will give you a good amount of important materials for crafting that summon.

Whenever you enter a node you can encounter a combination of 4 things:

Chests will vary greatly in pay-out and encounter rate, they will contain 1-3 of the following confirmed items:

Mimics have ~65k HP in Normal Mode and can drop any of the following confirmed items: 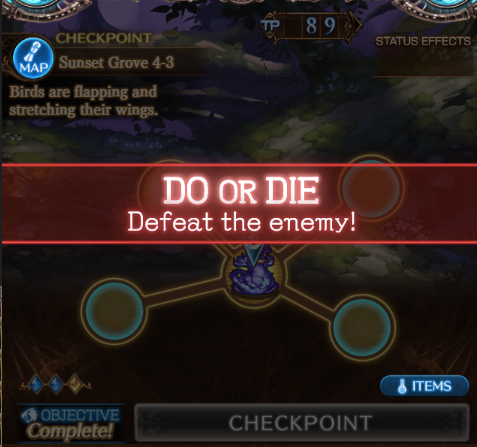 Enemy encounters will be of varying elements and will come in batches of 1-3 monsters, they will drop various common materials of their elements as well as Verum Proofs and rarely a Chaotic or Aurora Haze.
Single monsters will have ~500k – 2.1mil HP, doubles will have ~80k – 220k HP and triples will have ~10k – 50k HP in Normal Mode.

Spirethorns are merely an obstacle that block your path and might force you into a battle after breaking it.

There are 4 special events that can happen on a map:

On stage 3-3 and 6-3 you will encounter a Discarded Puppet, these bosses have 3.3mil HP and will shower you with plain damage if you don’t kill them fast enough, they drop a combination of 1-2 Astras, 0-1 Ideans, 0-1 Quartz, 0-1 Aurora Hazes, 0-1 Chaotic Hazes as well as varying amounts of Verum Proofs.

You’ve battled your way through 8 days of randomized encounters and now stand before one of the ten Arcana at stage 9-3, each Arcana has drastically different fight mechanics and they have off-element resistance.
You cannot re-roll the Arcana you fight by ending the expedition and waiting another day, the Arcana you get is fixed upon starting your journey to Sephira Plains.

Will be covered once we get to it.

During your travels to Sephira Plains you will obtain Arcapoints for defeating enemies as well as finishing stages. You can get a maximum of 4000 Arcapoints per week and can hold 50 000 max. 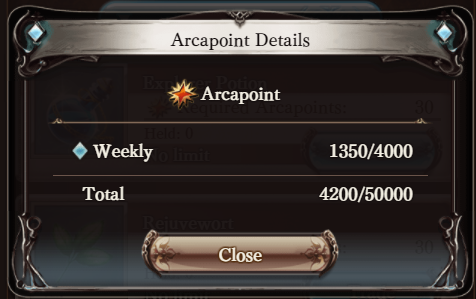 You can spend these points in the Arcarum shop for various items:

The big catch of Arcarum is getting those precious Arcana summons, these special summons come with Auras that work from the sub-slots making them useful in almost every summon grid, especially those who use Bonito family summons.

Arcana summons cannot be chained or set as Support summon and they deal skill based damage with a cap of 440k (at SR, Tower excluded).

Here are the summons and their effects:

To upgrade your summons you will need a variety of materials, most of these are Arcarum exclusive.

There are 5 upgrade steps total and the ones known so far are: 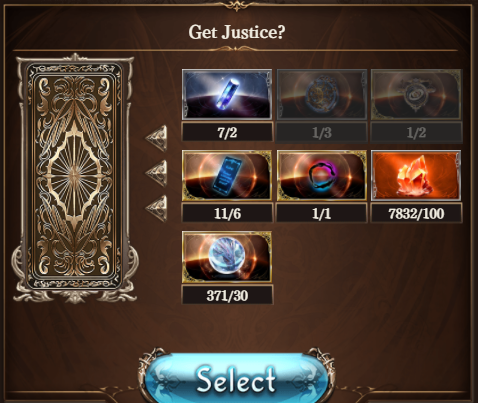 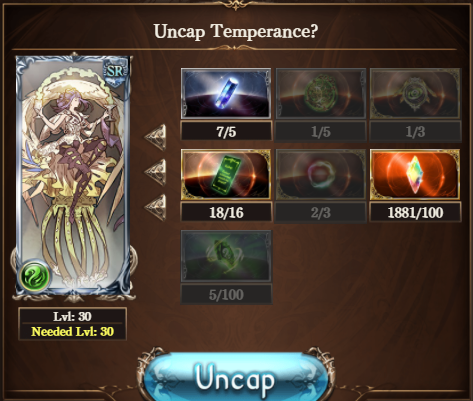 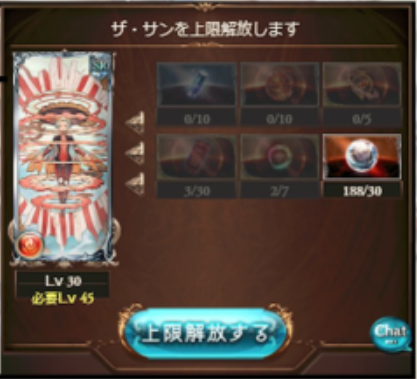 4 thoughts on “Arcarum: The World Beyond, What We Know So Far”